The malware in question is Locky.

This blogpost will talk about the PRNG.

And that's it. I think this is a really interesting move because the file downloaded over HTTP looks like random data. Here is the entropy for the file (made with binwalk): 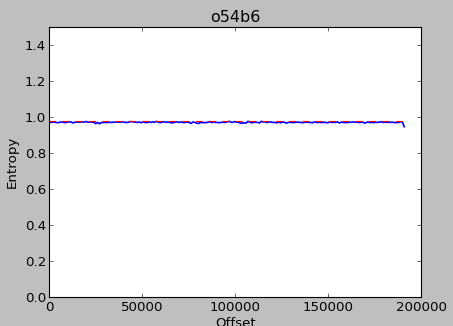 You can compare with the file, once XOR-ed : 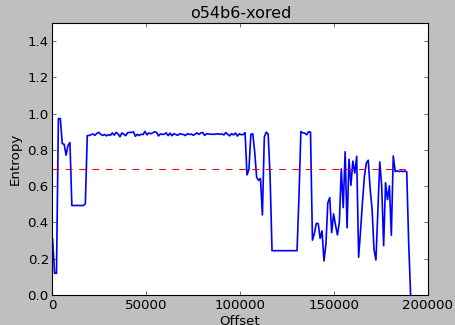 This is an interesting way to avoid analysis.
All the network probes only see random data. No particuliar header, no pattern to match.
No static key either (XORed file with static key doesn't see their entropy changing a lot and key can be retrieved).
You can eventually block file downloaded over HTTP when they have no known header and are around 200kB but it's not really precise.


In my previous blogspot, I just copy paste the prng function, with the seed.
If you want to quickly get the seed, you can grep for mash(<data>) in the .wsf file, once extracted from the zip and unobfuscate.


Everything then is the same: generates more than 200k of pseudo random numbers, then XOR the file:

I think that everything is not said in the case of Locky. When I read interesting analysis like the one in malwarelabs, I don't understand why they don't ran into the XOR part. No mention about the XOR: they found URL in the wsf file, then they got an .exe file (wut?).
Is there many campaigns, some with exe file other with XOR-ed one? As the URLs mentioned in malwarelabs post are not available anymore, I can't tell :-/

And if you got another samples to share, I'm still willing to take a look :-)